Blog > Renovation > An adhesive film to renovate or decorate your doors

An adhesive film to renovate or decorate your doors 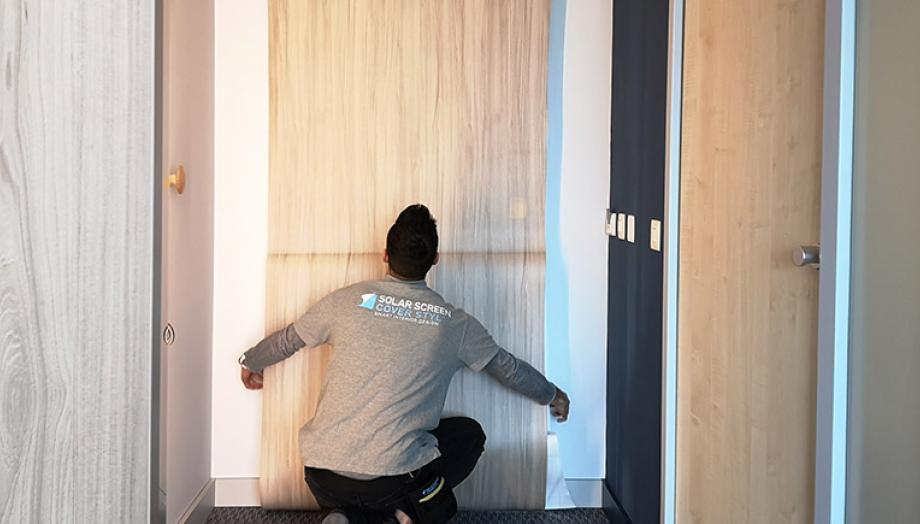 Looking to give your doors a facelift? While it may be tempting to carry out a complete renovation, embarking on such a transformation means that you have to deal with noise, dust, and other inconveniences for a while.

A simple solution is to use door adhesive film to simply change the style or to give a damaged door a new lease of life. Textured, durable and economical, door adhesive films will bring a breath of fresh air to your home without the need for major work.

What is an adhesive film for doors?

Advantages of adhesive films for doors

The adhesive film is a product that you don't necessarily think about when you have a piece of furniture to renovate or just want to change its appearance. However, it is a solution that deserves to be known because it has many advantages:

How to install an adhesive film on a door ?

To install adhesive vinyl on your doors, we advise you to call a professional installer. However, it is possible to do it yourself by following these tips:

Here are some examples of self-adhesive film applied on doors: 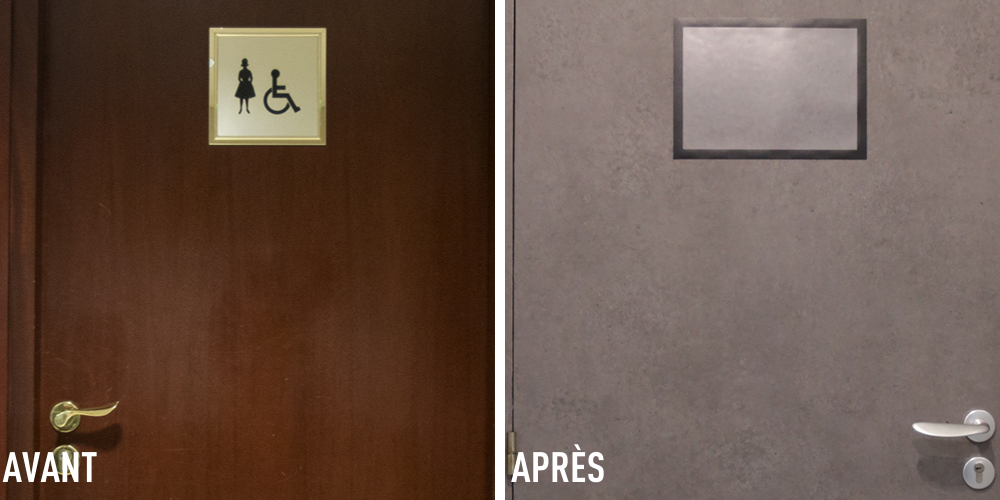 Contact us to request free samples of our adhesive coatings or for more information! 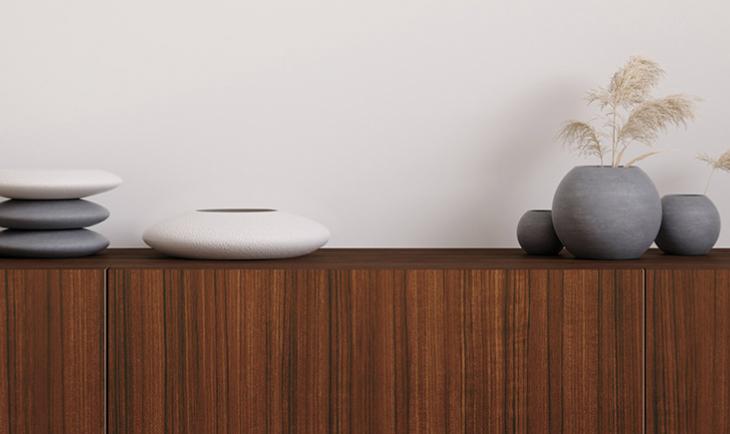 Why replace when you can upgrade? That is our motto! Nothing could be easier than to renovate and recycle our old, out-of-date, or time-damaged...
Read the article 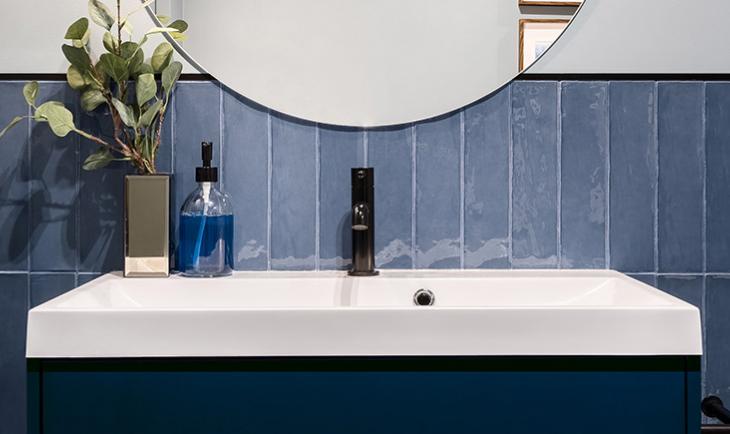 Renovate your bathroom with adhesive vinyl

Renovate a bathroom can be very expensive depending on the materials you choose: tiles, marble, custom-made furniture, high-tech mirrors with...
Read the article 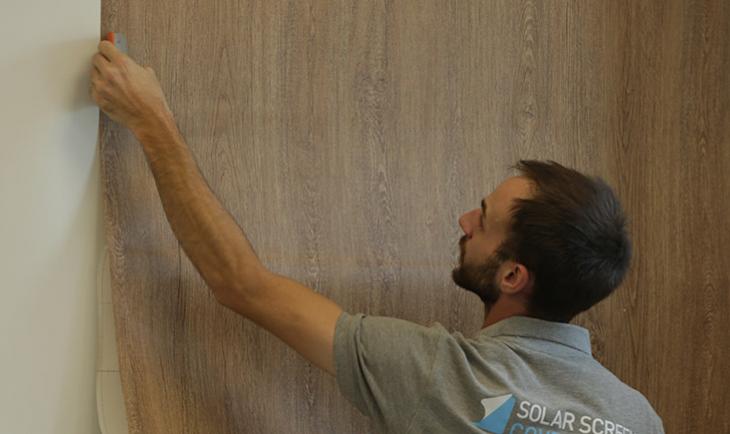 The advantages of using adhesive coverings for furniture

Do you have a piece of furniture that needs to be renovated quickly at home? Are you looking for a simple, economical, and attractive activity? Try...
Read the article

Cookies and other technologies
By clicking on «Accept», you accept the use of cookies from Adobe and third parties as well as other similar technologies to improve your browsing experience, analyze and measure your engagement with our content and offer more relevant advertising on Adobe and other websites. Find out more about the options available to you and cookies. You can withdraw your consent at any time.